Fruit from a Cactus?

Have you ever eaten fruit from a cactus? We have! We tried it today during Monday Munchies and it was called dragonfruit, or pitaya. It originated in South America, but is also grown in many Asian countries. The outside is a beautiful pink colour and the inside is white, with many tiny black seeds. About half the class liked it and the other half didn't, but Mrs N was very happy that we all tried something that looked very strange to us. 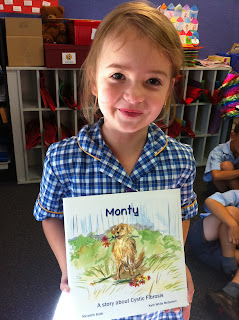 Venn diagrams can be used to compare information about two things. It's a simple way to organise similarities and differences. We used one to compare moths with butterflies. At first, we thought it was quite hard to tell the difference, because they look so similar, but after completing our diagram, we discovered some things that made it easy to tell them apart. We decided that checking whether it was day or night and whether the wings were up or resting flat, were the easiest ways. 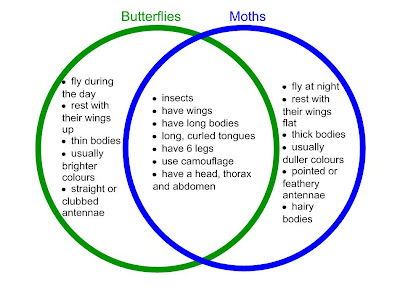 What a busy week we have! We've been very busy practising for our assembly, which is this Friday! On Wednesday, we're going to be Skyping with an entomologist (an insect expert), so we spent some time today, planning some questions to ask her.

Love from The Smarties and Mrs N
Posted by THE SMARTIES at 6:31 PM